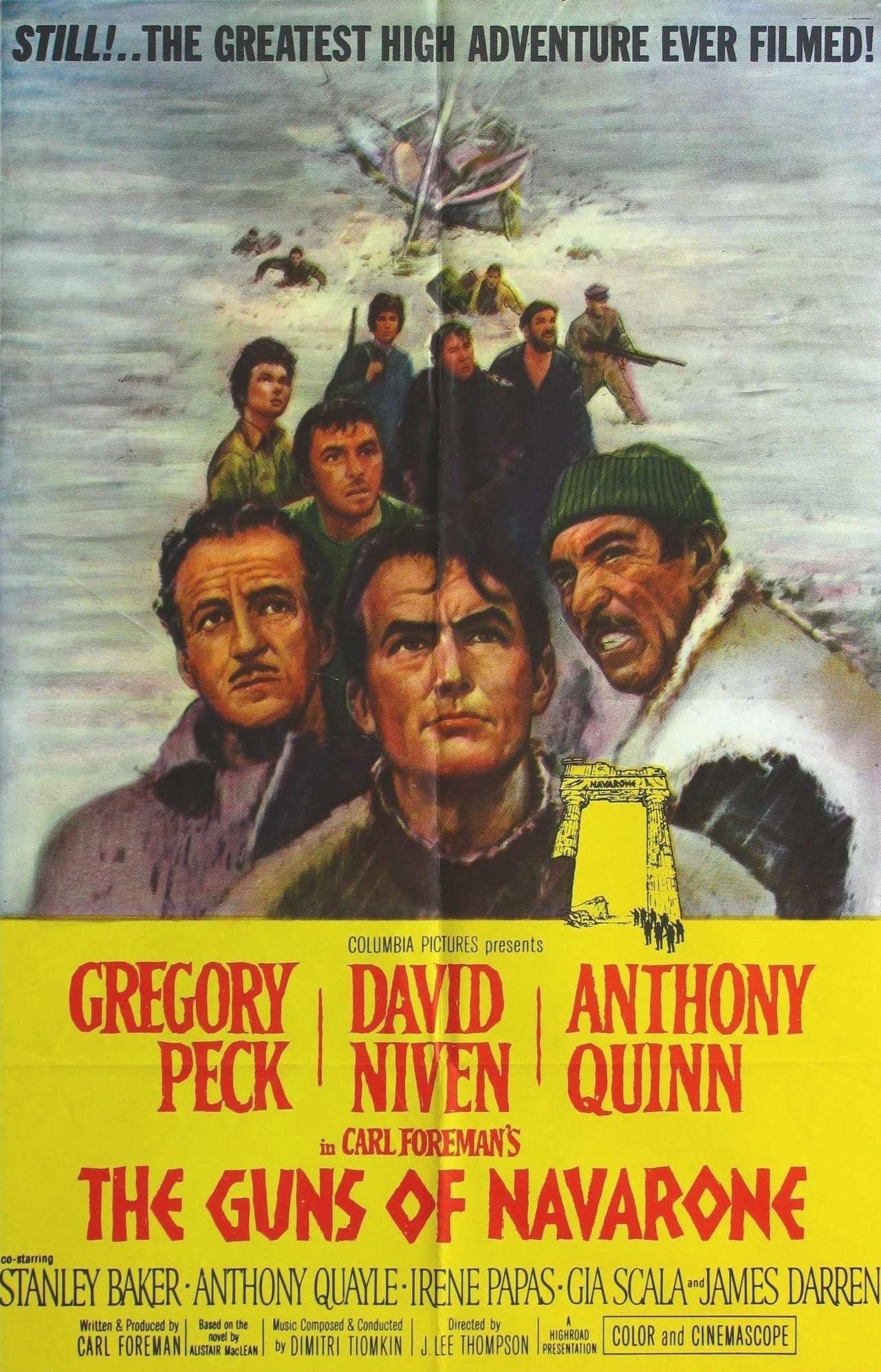 A team of Allied saboteurs are assigned an impossible mission: infiltrate an impregnable Nazi-held Greek island and destroy the two enormous long-range field guns that prevent the rescue of 2,000 trapped British soldiers.

In 1943, the British Navy is not able to rescue 2,000 soldiers trapped in the Island of Kheros since two powerful German cannons on the top of the Navarone Island are sinking the Allied vessels. After a failed aerial attack, the Allied command decide to send a six-man team disguised as fishermen to Navarone to blow-up the guns. The squad is commanded by Maj. Roy Franklin and composed by Capt. Keith Mallory, who is an experienced mountain climber, and his former partner Col. Andrea Stavros; the explosive expert Cpl. John Anthony Miller; the engineer CPO 'Butcher' Brown; and the Greek assassin Spyros Pappadimos, who was born in Navarone. They sail during the night and after an encounter with a German patrol boat and a storm in the sea, they arrive to Navarone and Capt. Mallory needs to climb a cliff face during a heavy rainy night to proceed their mission. Will they succeed?

“Sir, I've inspected this boat, and I think you ought to know that I can't swim.”

You can find this and all our previous episodes at:

Join us over at our Facebook Group ….we’d love to chat with you